Porsche isn’t one to miss a good marketing opportunity. Throughout the 54 years of 911 production, in which over a million examples of this iconic sports car have rolled out of Zuffenhausen, the company has bestowed worldwide customers with a whole host of special editions to celebrate anniversaries, milestones and notable racing achievements.

The latest addition is Motorsport’s new 935, a track-only car based mechanically on the 991 GT2 RS but styled on the revered Moby Dick of 1978. More interestingly though, there’s also a new Speedster. However, the fact it’s being built to commemorate 70 years of Porsche isn’t particularly significant, and neither is the numbered production run of just 1,948 examples. No, it’s a special-edition, open-topped Porsche. 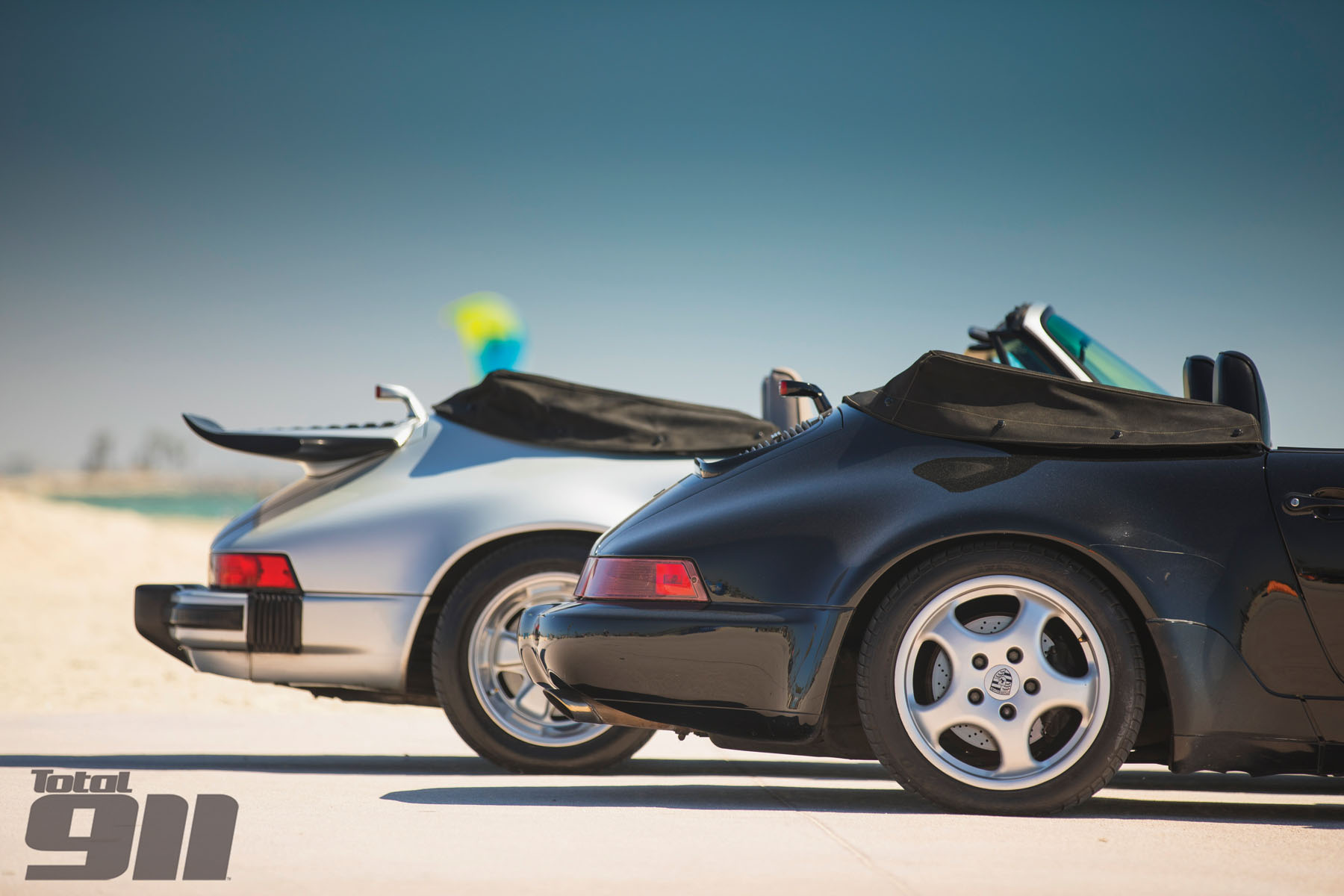 Think about it, most special-edition Porsche 911s are Coupes. From the 930 S to the 991 Turbo S Exclusive Edition, via the 993 GT2, 996 Anniversary and 997 Sport Classic, these limited cars, often built on a numbered production run, are tin-top. There appears no specific reason for this: all body styles hail from the same production line at Werk II, and it’s not like an open-topped 911 is unpopular – in fact, widespread endearment to both the Cabriolet and Targa is such that Porsche has kept both models running concurrently since 1983. And while it’s true 911 Coupes will always enjoy a certain cache over their open-topped stablemates, what’s not to like about a special-edition Cabriolet?

To find out we’ve come to Long Beach in southern California to sample two stellar open-topped examples of rare Porsche in the 3.2 Commemorative Cabriolet and 964 America Roadster. Owned by serial Porsche owner and Total 911 subscriber Bruce Brown, these cars are used as they were intended, cruising the boulevards and carving through the inland canyons, roof down, revelling under the year-round Californian sunshine. The cars arrive at the beach just after us, pulling off the highway and driving onto a slipway down to the Pacific Ocean, the 964’s almost V8-like thrum a striking note against the 3.2 Carrera’s more agricultural resonance. Bruce, in the 3.2, and his friend Simon Birch, piloting the 964, kill the cars and jump out, which gives us a chance to absorb both 911s as they cool off in the brisk sea wind.

First, the Commemorative 3.2. Built to honour 250,000 911s having been built, it’s sometimes referred to as the 25th Anniversary – this at a time before Porsche thought of the 30, 40 and 50 Jahre Anniversary models in the ensuing years. The 3.2 Commemorative Edition was available in either Coupe, Cabriolet or Targa body styles.

For the full feature on Porsche’s rare Cabriolets, pick up your copy of Total 911 issue 173 in shops now or available for delivery to your door. You can also download to an Apple or Android device of your choice.